A negotiator's thoughts on Ukraine 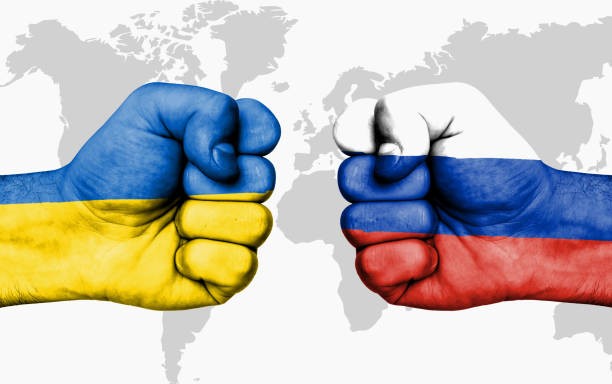 As most of you, I find myself discussing every day the situation in Ukraine. My interlocutors’ attitudes range from indifference to outright fear. Thankfully only few people subscribe to either of these extremes. Most fall in between. So, I want to share with you some thoughts on the subject matter.

I detest Putin. He is a dictator, who is running a police state, oppresses his people and acts on the international stage like a macho bully. He serves to remind us that more than half of humanity currently lives under authoritarian, undemocratic rule. He should certainly not get away with what he is doing in Ukraine. I believe that most of you will agree with the above statements. The real debate, however is how should the West deal with him. Hence the following thoughts.

Thought #1: It’s good that the two sides are talking, even without a cease fire in place. The fact that the first meeting lasted for five hours is also good. It is an indication that an actual dialogue took place, where both sides were heard and were able to convey messages, signals, and structure expectations.

By the way: I found the semantics of the meeting very interesting. The Russian delegation in dark suits and ties, the Ukrainian in “battle ready” overalls and a baseball cap. One side trying to project sheer power, the other its will to fight in a “come and get it” attitude. If this was Star Wars, Russia would be the Empire and Ukraine would be the Federation. I wonder who you would support...

Thought #2: Given that the first meeting carried minimal expectations from both sides (especially from the Ukrainians), I find it to be a positive sign that they took a break, went back to their capitals to deliberate, and renewed their appointment, this time on Polish ground. This illustrates that some, albeit limited, progress was made and that the two delegations need time to think, deliberate with their bosses and come back with reactions that are thought through and are a product of analysis. Moreover, these reactions will carry increased legitimacy as the heads of government of both sides will have, without doubt, sanctioned them.

We need to always keep in mind the possibility that Putin is using these negotiations as a pretext to gain time, IF he thinks time is on his side. If this is not the case, we can proceed to the next point regarding this negotiation.

Thought #3: If an agreement is to be reached, this will not be between Ukraine and Russia. A viable agreement will only be reached if it helps Putin to save face. It will be an agreement that will allow Putin to show some gains of some sort. I struggle to find something that the Ukrainians can offer towards this direction. The West on the other hand, can provide Putin with the face-saving incentives needed to get him to pull back. These may take the form of a revised security arrangement in Europe, new trade terms, guarantees from both sides etc. If these incentives are presented as an alternative to further sanctions (even harsher than the ones imposed the last few days), that much the better. If such a framework can be worked out, Putin will have to reconsider his position. Let’s not forget that his domestic public opinion, as suppressed as it is, will not be as tolerant as it is now, if the status quo persists for a long time.

Conclusion: If this is going to end in a reasonable way, the West will have to engage in talks with Putin sooner, rather than later. The ongoing current negotiations are a good starting point but will go only so far. The urgency for Western involvement in the negotiation is increased by the nuclear danger.

Thought #4: On Putin: He is clearly the culprit here. But Western public opinion is falling in a trap that psychologists call “Fundamental Attribution Error” or FAE. That is, we underestimate the impact of the environment and history and overestimate the role of personal factors when explaining behavior. Many among us hastily brand Putin as “lunatic”, “mad”, the “new Hitler”, “insane” etc. What is driving his behavior is not lunacy or any other mental disorder. Consideration of recent and not so recent history and the environment may provide a more sensible explanation. A product of the former USSR, Putin considers reasonable and necessary that his country is separated from the West by a buffer of other countries. He sees the West as a bunch of degenerate and decadent states. He also sees the West as untrustworthy as they had promised that NATO would not expand into Eastern European ex-Communist countries (even if Western leaders deny having made this commitment). He sees missile installations near his border with Poland and Turkey and perceives Ukraine’s potential NATO membership as a direct threat to Russia’s security. These facts paint the picture of a large, proud, ex empire under siege. A threatened leader, with a large army and a nuclear arsenal is bad news for the world. He doesn’t need to be suffering from a mental disorder to create the kind of tragedy we see in Ukraine the last few days. Understanding (not necessarily agreeing with) his world view and identifying the issues that are the most crucial in his view of the world is key here. Let us see if the West, and in particular which Western leader, will have the insight to do this and engage in constructive manner with him.